“My Time is Up”: Virginia Hall–The Spy Revealed 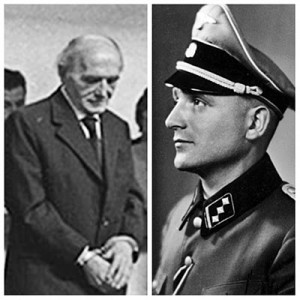 Working Behind the Lines in Vichy

Virginia entered France in the spring of 1941 as an undercover agent for British Intelligence with a mission to provide information on political developments, economic conditions, and the French will to resist the German occupation. The United States, not yet in the war, still had diplomatic relations with the German-controlled French government. So Virginia, posing as an American journalist for the New York Post, could travel freely throughout Vichy France, observe the desperate living conditions facing the French, and ask probing questions of government officials. She sifted through her observations and interviews and provided the most useful information to her spymasters back in London.

“The Most Dangerous Allied Agent– We Must Find and Destroy Her.”

Virginia, always a risk-taker, soon exceeded her charter and began recruiting agents to help her spy on the German military. One of her recruits, a spy codenamed Christine-25, developed a stable of 90 agents that reported on ammunition depots, German troop movements, industrial production, and even a German submarine base in Marseilles, later destroyed by allied bombs. When the British started parachuting men and equipment into France for sabotage operations across the country, Virginia, first on the ground, offered support–supplying agents with money, weapons and supplies, medical assistance and safe houses, even helping downed airmen escape. But when the US entered the war her position as an American journalist became more precarious. Soon, wanted posters with her likeness appeared around Lyon, calling her, “The most dangerous Allied agent.”

In late 1942 Virginia was betrayed by a Catholic priest and the Gestapo’s Klaus Barbie–“The Butcher of Lyon”–is reported to have said, “I’d give anything to get my hands on that limping bitch.” With “The Butcher” closing in, Virginia sent an urgent message to London: “My address has been given to Vichy. . . I may be watched. . . my time is up.”

But her escape wouldn’t be easy. The Germans, fresh from defeat in North Africa, were flooding into southern France and began to seal the borders. Only one avenue remained: Virginia and her prosthetic limb she nicknamed “Cuthbert” would have to make the arduous trek in winter over the snow-capped Pyrenees to freedom in Spain.