“The scariest thing I’d ever do”: Virginia Hall Scales the Pyrenees 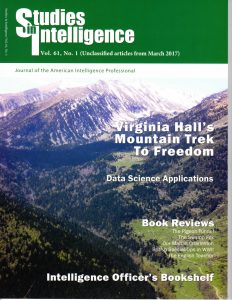 A view of Virginia Hall’s trail from the top of the Col de Mantet. (Photo by the author.)

Virginia stayed in France another two months after her September message warning London she’d been discovered. Changing her name and residence regularly, Hall told London she had one more mission–to help two British agents escape from prison. But the Gestapo was closing in. German counterintelligence officers, effective in infiltrating allied agent networks, sent one of its agents, a Catholic priest, to act as a courier to find Virginia and her HECKLER network.

Virginia caught wind of the treachery and to her credit was able to stay one step ahead of the Gestapo, but with the Germans’ retreat from North Africa in November 1942, the borders of France were being sealed.  Soldiers flooding into France would help the Gestapo find and destroy Britain’s spy network once and for all.  Virginia was in mortal danger.  Gestapo Chief Klaus Barbie,”The Butcher of Lyon,” was closing in.

With Marseilles and other port cities teaming with Germans flowing in from North Africa, Virginia’s only avenue of escape that winter of 1942 was over the snow-capped Pyrenees.

After destroying incriminating documents, she left Lyon in haste with few possessions and only hours to spare.  The day after her departure the Gestapo began arresting her agents but by that time Virginia had reached Perpignan, a border town at the edge of the Pyrenees.

It was an arduous trip in the snow and bitter cold, along steep, narrow paths strewn with boulders.  She dragged her prosthetic limb, Cuthbert, behind her for many miles.  Virginia, not prone to hyperbole, later told her niece, Lorna Catling, “It was the scariest thing I’d ever do.”