Virginia Hall’s Escape Over the Pyrenees 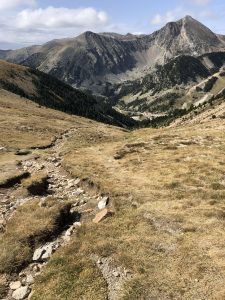 Virginia Hall had no choice.

Fresh from defeat in north Africa, retreating Nazis were flooding into occupied France. French secret agents tipped-off Allied spy, Virginia Hall, that the Gestapo was coming for her. The ports were sealed. There was only one way to escape capture, torture, and death–that was across the snow-capped Pyrenees.

On November 9th, 1942, and for the next three days, covering 50 miles over some of the most forbidding territory, “the limping lady” dragged her prosthetic limb through the snow and ice to freedom in Spain.

In honor of Virginia’s courage and accomplishment, my wife, Janet, and I sought to discover and walk Virginia’s Freedom Trail through the Spanish Pyrenees.

We found the trail in September. It was snowing. 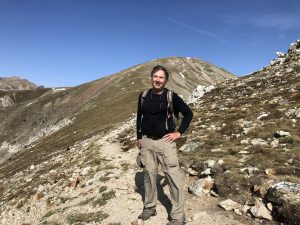 The author atop the mountain pass used by Virginia Hall in the winter of 1942. (Photo copyrighted by Craig Gralley.)

It was September 2019 and on the first day, we encountered a strong, biting wind. The first snow of the season was swirling around us. We knew we’d found the trail when looking over the pass, we saw the French town of Mantet in the distance–a landmark Virginia used. She trekked the Pyrenees in November when the snow is deep and the wind is frigid. We could understand Virginia’s claim, “It was the scariest thing I’d ever do.”

For more, read, “A Climb to Freedom,” on this website’s home page.