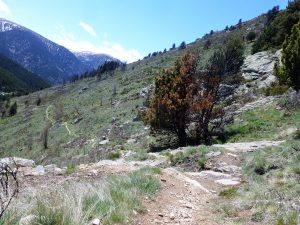 In discovering and walking Virginia Hall’s trail through the Pyrenees, I imagined Virginia inching her way up steep, snow-covered slopes with her prosthetic left leg, “Cuthbert,” dragging behind her.

The Challenges She Faced

I thought of her other challenges: a guide, who was willing to leave her in the snow; the Gestapo, chasing her from behind, and the uncertainty of what lay ahead.

Then I understood what it took to make this climb, her immense mental strength, determination, and perseverance, and saw Virginia as she was, a remarkable, differently-abled woman. 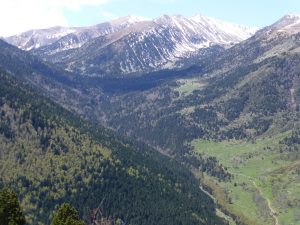 After days of hiking more than fifty miles in rugged, unforgiving terrain, Virginia crossed the border into Spain. Mentally and physically exhausted, she made her way to the train station, where she planned to take an early morning coach to Barcelona. No doubt, she was looking forward basking in the warm Mediterranean sun and tending to her prosthetic limb, “Cuthbert,” before meeting her British colleagues at the consulate.

“Hall of Mirrors” has been called: