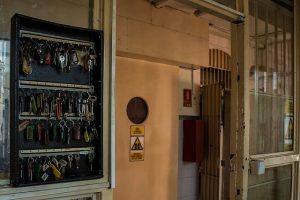 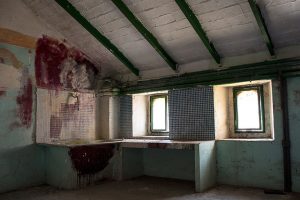 A cell in Figueres Prison

Virginia Hall narrowly escaped the Gestapo by climbing over the snow-capped Pyrenees but was thrown into prison for illegally crossing the border.

Virginia was certain British Intelligence would come to her rescue. But days turned into weeks and Virginia had extra reason to be alarmed because she was carrying secret intelligence.

But how could Virginia get this top-secret intelligence information out of Figueres Prison? Virginia’s cell-mate, a Spanish prostitute was about to be released and Virginia had the coded message smuggled out.

After more than a month in jail, the British and Americans showed up and had Virginia released from Figueres. But that’s not the end of the story.  Despite the dangers waiting for her, Virginia demanded to return to France.

See the original coded message unearthed from the British archives in my first blog post, “Help Me Crack the Code”–and the Washington Post article tells how I discovered the coded message.